Uncovering A “Wow” In Five Minutes Turns Into Millions Of Extra Dollars! 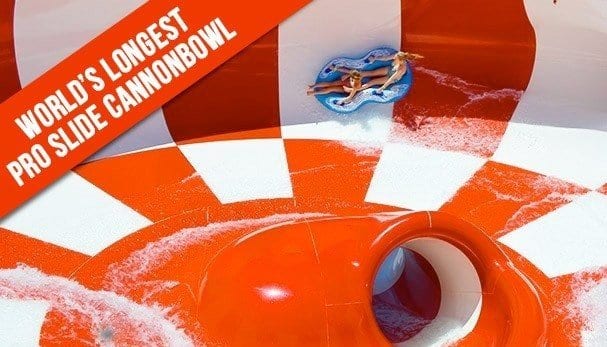 One of my recent clients experienced the power of “Wow Factor Marketing” instantaneously recently, simply by marketing an existing “wow factor” that he had in his business.

In other words, there was no real need for me to devise an artificial “wow factor” (eg: McDonalds Happy Meal Toy), as this client had one staring him in his face but he couldn’t see it until I pointed it out.

The client is Funfields Amusement Park in Melbourne, Victoria, which consists of park rides and water slides.

When we’re visiting the park, I noticed a fantastic water slide called Typhoon and commented to owner John Verga, “That looks like a fabulous ride.”

He responded “Yes, but it has been a white elephant in terms of attracting new guests I’m afraid…… the ride cost millions to bring out from Canada a year ago, but it hasn’t really contributed to attracting more people.”

I was surprised and said to him, “Gee, that’s a shame because it looks like one of the best water slides I’ve ever seen.”

He added, “Yes, it has been a surprise because it is the longest water slide of its type in the world.”

This was a classic tale of having an incredible wow factor but keeping it a secret.

I highlighted to the park owner that this incredible wow factor (longest water slide of its type in the world) was not on any of his marketing collateral, website, TV or radio ads …….it was the best kept secret in the world.

You can see the difference here:

We launched the TV and radio commercials between Christmas Eve and Boxing Day, the result was instant.

I received a phone message from the park owner, wildly excited and screaming that there was a 6 kilometre traffic jam down the road and that he had to open the gates early!

The results of the Boxing Day to January 1st ticket sales from the year before had tripled and because this new marketing campaign had uncovered an incredible wow factor of “the longest water slide in the world,” the park was able to trade off my new marketing campaign for the rest of the school holidays and beyond.

In short, the new and exciting marketing direction of promoting the incredible wow factor of having the “longest water slide on earth” will pay dividends for quite some time – millions of dollars’ worth of extra revenue as the result of adding some pixie dust to something which had been previously invisible!

Have a look at how excited the park owner is in this short video:

Have You Got an Organic Wow Factor in Your Business That’s Currently Invisible?

Ask yourself if you have a similar “Wow” in your business that perhaps you are “still blind” to.

At The Institute Of Wow, we mostly provide business owners with ideas or artificial “wow factors” (like the free toy with the Maccas Happy Meal product or perhaps a loyalty program where clients get points and save them for attractive bonuses) – but we also firstly interrogate the business owner to see if there might be a “longest water slide in the world story” in their business.

You may very well be sitting on a “unique wow factor” and perhaps not exploiting it?