A TV show that made the fulfilment of unbelievable dreams a reality.

After having sold his Trading Card business in 1995, John ventured into producing television programs, with one concept in particular, taking the fancy of the TEN Network in Australia.

Emma's hug of Princess Di was flashed on front pages around the world!

The programme concept was titled “Dreams Can Come True” and featured the fulfilment of unbelievable dreams for some very worthy Australians. Whether it be a sick child meeting a superstar sporting legend or a heart-rendering family re-union, the programme’s intention was to provide inspirational, feel-good entertainment.

John could recall that as a child, he used to watch a Channel Nine program called “It Could Be You”, hosted by Tommy Hanlon Jnr. This programme was loosely based on an American Hit Show, called “Queen For A Day”, where worthy recipients were literally treated like a Queen for the day!

As a family man, John was disappointed to see that the television menu available to the Australian public was essentially full of dramas and movies which highlighted crime, wars, family conflicts and unsavoury business practices.

Even when one switched on the nightly news, more than two-thirds of the bulletin would historically be devoted to “bad news”. And given the success of the Nine Network’s “This Is Your Life” program, John felt it was timely to introduce some heart-warming television to the Australian viewing audience.

Hence, “Dreams Can Come True” was born and after presenting the concept to the Ten Network, three 1-hour specials were confirmed, for primetime viewing throughout 1996 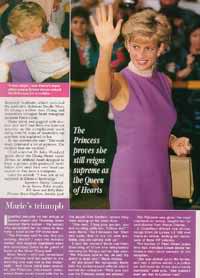 Sherbet Rockstar Returns To The Screen As “Dreams” Host 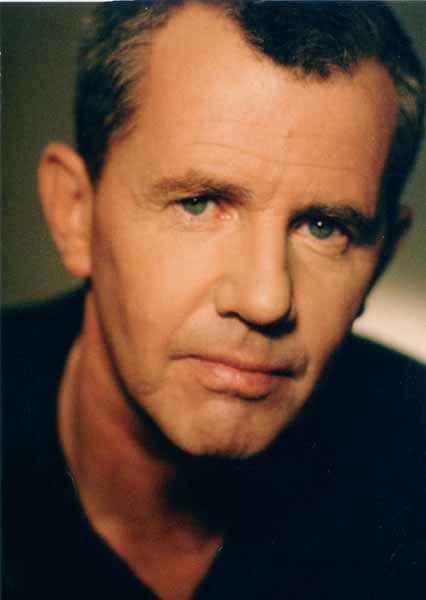 Someone who knew all about the “roller-coaster of life” was 70’s rockstar, Daryl Braithwaite. The former front man of rock group Sherbet, was invited to be the host of the program and accepted the challenge with open arms.

In a Woman’s Day magazine interview at the time, Daryl commented “I’ve had a rocky time of it on and off over the past few years. I almost lost everything. If it wasn’t for some strong friendships within the industry, I would have gone under. I came very close and there were tough times both financially and personally.” Daryl went on to say “in many ways, my own life mirrors that of some of the people that the TV show set out to help”.

Daryl commented, “they are normal everyday Australians, but in the main, they’ve had to battle adversity and hardship to come out at the other end.”

Program A Huge Hit Around Australia! 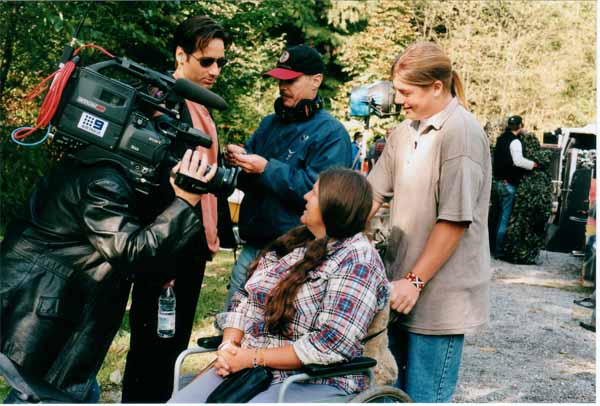 Thomas and his mum meeting "Agent Mulder" for the first time.

The specials featured superstars from all over the globe, with the likes of Princess Di, Michael Jordan and Meatloaf all putting their hands up to help those less fortunate.

Basketball legend, Michael Jordan, invited a 15 year old wheelchair basketballer to visit him in Chicago for lunch! (Plus the best seats in the house at a Chicago Bulls game!)

Princess Di gave a young Sydney girl “the hug” that swept onto the front pages of newspapers and magazines around the world.

Rockstar, Meatloaf, met his tiniest fan when on tour in Sydney.

An entire township rallied together to rebuild a 16 year old leukaemia victim’s house, when it was discovered her ‘dream’ was to leave hospital and “come home”.

Paul Hogan delivered the surprise of a lifetime to a young girl who dreamed of swimming with dolphins. The Australian icon delivered the dream via the big screen in a Cinema Premiere of his movie, Flipper.

And football legend, Mal Meninga, provided a Tamworth teenager with a “footy surprise” he’ll remember for the rest of his life.

These and numerous other ‘dreams’ had Australian television audiences in every State wanting more.

At last, there was a program on TV which made viewers feel good about their fellow man.

The “Dreams Specials” attracted significant publicity prior to their screening. The majority of this was fuelled by John’s natural “PR Machine”. Given the inspirational nature of the program’s stories, newspapers, magazines and radio stations were quick on the uptake, to feature editorial snapshots of the up-coming “Dreams” television specials.

In the instance of the Special that featured a young teenager who cared for his wheelchair-bound mother, John convinced Sydney’s Sun Herald newspaper to devote an 8-page lift out to promoting the show! 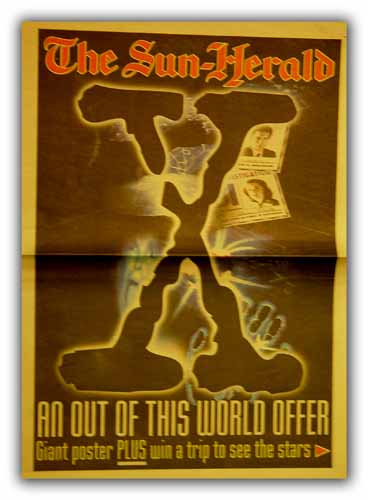 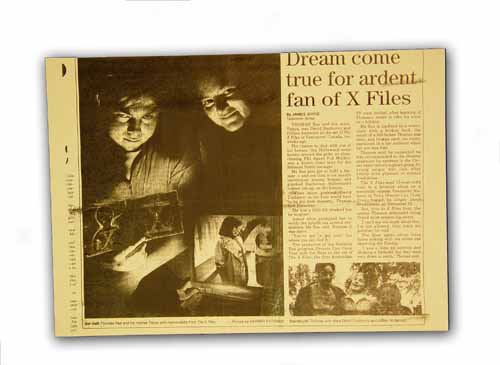 How did he do this? You guessed it. By putting lots of “wow factor” behind the offer to the Sun Herald. The “Dream” featuring 15-year old X-Files fan, Thomas Ray, was an extremely emotional one, where young Thomas and his mother were surprised with a holiday to Canada to experience being “on the set” of the X-Files television programme.

John organised for the newspaper to feature an expose on this extraordinary dream, but as part of a giant lift out of an X-Files Wall Poster. Additionally, he organised a once in a lifetime return trip for two readers to Vancouver, including a special visit to the X-Files set. But in order to win this prize, the newspaper’s readers needed to complete a coupon with questions related to the “Dreams Special “ on Channel Ten. In other words, all the “wow factors” linked to the TV Special.

Unbelievable free publicity for the program in the Sun Herald newspaper, the week before the Special and substantially increased ratings in the state of NSW on the evening of the screening! Indeed, the Dreams Specials beat Channel 9’s Sixty Minutes in the all-important female 18 to 54yr category.

Click play button to view an explanation of the Michael Jordan story. (Full segment via link at bottom of this page.)

Click play button to view an explanation of the Princess Di story. (Full segment via link at bottom of this page.)

Click play button to view an explanation of the Meatloaf story. (Full segment via link at bottom of this page.)

Click play button to view an explanation of the X-Files story. (Full segment via link at bottom of this page.)

Click play button to view an explanation of the Paul Hogan/Dolphin story. (Full segment via link at bottom of this page.)

Click play button to view an explanation of the Erin homecoming story. (Full segment via link at bottom of this page.)

Click play button to view an explanation of the Mal Meninga/Jamie Barnes story. (Full segment via link at bottom of this page.)

“Specials” were meant to be Forerunner to a “Series”

After the success of the 1996 specials, the Network Ten programmer indicated to John that the station would like to proceed with a series of half-hour programs to be screened nationally on weeknights.

John and his team were understandably elated and moved forward with the production of the first of these weekly shows. However, during the pre-production stage of the first half-hour program, there was a management change at Ten, and the programmer was replaced with someone who didn’t want to proceed with this genre of feel-good television.

Therefore, John’s “dream” of providing viewers with a weekly dose of inspirational story telling was halted for the time being. Nonetheless, he was justifiably proud of being able to deliver the three ground-breaking Specials, all of which attracted a huge viewing audience and indeed, won the all important female demographic in the Nielsen Ratings, beating even the Nine Network’s 60 Minutes!

WATCH THE FULL TV SHOW SEGMENTS.
YOU’LL BE GLAD YOU DID!

Click Here to view the full segments of the Dreams Stories. Each one only goes for a few minutes(and have your Kleenex ready!).