John helped the Building Society distinguish its Home Loan product from its competitors.

The Greater Building Society, one of Australia’s Top 500 privately owned companies, is in a very competitive financial services market. In an industry where a large degree of “sameness” is prevalent, the Building Society needed to distinguish its Home Loan product from that of its competitors.

Nearly every Bank, Credit Union and Building Society used a “12 month discount honeymoon rate” as their major acquisition tool and up to April 2001, the Greater Building Society was no different.

John provided his marketing prowess for an acquisition promotion that was absolutely unique to the industry and packed an extraordinary “wow factor punch”. The concept was very simple. Offer consumers a unique benefit that cannot easily or quickly be duplicated by competitors. In April 2001, the concept was born, heralding the start of the Greater’s “Get a home loan, get a free holiday” offer.

In conjunction with the Leapfrog Group (a travel wholesaler), The Greater provided a free holiday to consumers who gained a home loan with the Society. Consumers received reward points on a pro-rata basis proportionate to their home loan and then simply redeemed these points for holidays, which were detailed in a special Holiday Directory (e.g. Someone who gained a $200,000 home loan, may have enjoyed 5 night’s holiday in Queensland, someone who borrowed $300,000 may have enjoyed a week’s holiday in New Zealand.).

The acquisition tool of the Free Holiday was so successful in its “test period”, the offer became a product, very similar to the McDonald’s Happy Meal phenomenon.

Aside from new home owners, the offer was so appealing that re-financing became a large component of the Society’s overall loans. After all, why stay with a Bank that charges high fees and gives you nothing, when you could swap your home loan to the Greater Building Society and get an absolutely free holiday?

The concept was launched via heavy television advertising and when the offer reached its 6-month mark, “Customer Testimonials” became an integral part of the communications tactics. After all, there is nothing stronger than a satisfied customer saying “we swapped our home loan from the Bank to The Greater, where we enjoyed paying no fees and we got a free holiday!”

The concept was launched via heavy television advertising and when the offer reached its 6-month mark, “Customer Testimonials” became an integral part of the communications tactics. After all, there is nothing stronger than a satisfied customer saying “we swapped our home loan from the Bank to The Greater, where we enjoyed paying no fees and we got a free holiday!” 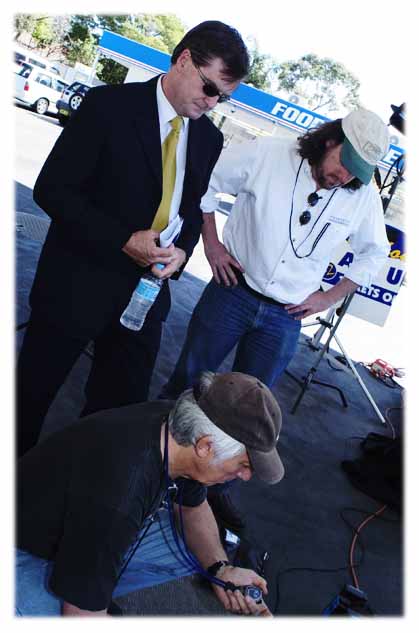 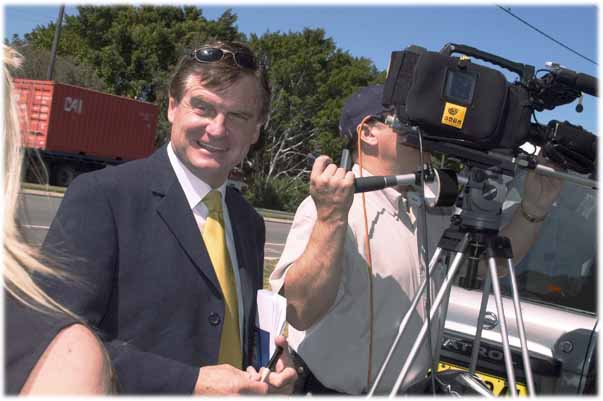 The offer ran for 11 straight years & not once did the building society ever mention “a price” (ie: interest rate!).

This fact is almost unfathomable – imagine a financial institution NEVER advertising an interest rate for its home loans!

Many highlighted that the Greater was the only financial institution in the world to NEVER advertise an interest rate for 11 years!

By “taking their prospects’ eyes OFF THE PRICE, the building society was able to: Massively grow it’s home loans Enjoy good profits because most customers were NOT concentrating on “the price!”

With interest rates rising in late 2003 / early 2004, the Australian home loan market understandably “settled” in comparison to the previous three or four years. (Keeping in mind that the Greater’s increase in home loans throughout the boom period, was about double the industry standard¸ due to the free holiday offer!) Given the increase in interest rates and market conditions, John once again convinced the Building Society to “push the envelope” and create an additional “wow factor” to its home loan offer.

So, in October 2004, the Building Society introduced an additional benefit to new home loan customers, being “10 cents per litre savings on petrol!” John recognised that like “free holidays” savings on petrol is something that people surely would always be interested in. Besides, similarly to holidays, petrol savings is something that appeals to all demographics. One can always have too many televisions, CD players or microwave ovens …. “but one can never get enough free holidays or petrol savings” in John’s opinion. 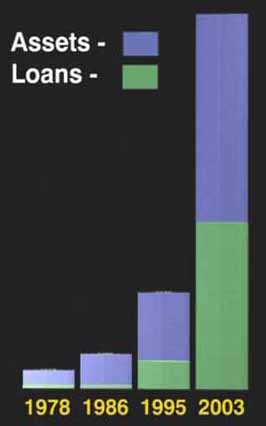 John ensured that Direct Mail and Press advertising did justice to this extraordinary offer. Needless to say, all printed matter had lots of “wow!” (Click for PDF versions)

This Home Loan “Value-Add incentive” launched via an exciting advertising campaign, comprising of television, radio, press and direct mail. When consumers got a home loan through the Building Society from this point, they not only received a free holiday, but now 10 cents per litre savings on their petrol for a whole year. And, unlike the supermarket petrol discount schemes, where consumers were forced to use specific petrol outlets, the Greater’s offer allowed consumers to use any petrol station in Australia! This of course was a huge bonus, as it meant consumers had a massive choice.

The Greater simply provided consumers with a voucher book which contained savings coupons for each week of the year. Consumers simply presented the voucher together with a fuel receipt to their local building society branch and received the relevant rebate. (Number of litres x 10c)

John ensured that Direct Mail and Press advertising did justice to this extraordinary offer. Needless to say, all printed matter had lots of “wow!” (Click for PDF versions)

Comparison with Banks used as a marketing tool

Given that research had shown John and the Building Society that the largest potential source of home loan acquisitions was from banks, it was important that this campaign further distinguished the building society from banks. Over recent years, the major banks had copped a considerable amount of bad press regarding their closure of branches and poor customer service. (Not to mention the massive bad publicity the banks received for their bank fees!!)

Therefore, John ensured that a major component of the “free holiday / petrol savings” home loan campaign was a comparison with banks. One example of this was the split screen television commercial which showed a Greater customer filling up his car with petrol, enjoying petrol savings, free holiday and no fees – versus a bank home loan customer with bank, who pays full price for his petrol, pays for his own holidays and puts up with bank fees.

When such advertising hits the TV screen, it certainly not only jolts viewers with its “wow ingredients”, but it also clearly distinguishes the building society’s offer against the banks’ offers.

During the launch of the “petrol incentive”, John organised with numerous radio stations, an exciting petrol promotion which provided further publicity to the Greater’s home loan offer. Radio stations simply gave away “10 cents per litre petrol savings for a quarter of a year” to listeners who phoned in response to the radio contest (Listen to the 3rd radio commercial below to hear the promo spot for a Wollongong radio station.). The Greater produced special Promotional Petrol Voucher books for the radio promotions and provided these as prizes, in return for the massive publicity generated by each station.

John continues to highlight “whoever said a Financial Institution has to be marketed in a boring and conservative way? After all, any bank or building society is in the business of delivering dreams to people through financing things like motorcars and homes. These are exciting aspirational things for most people, so why not promote the finance component in an exciting and fun way?”

Ever Heard Of A Bank Offering “SEX Percent”?

In 2007, John was asked by the Greater Building Society to create an advertising campaign which promoted its Bonus Saver account.

This account is aimed predominantly at “20-somethings”, where one received a 6% interest rate on their savings account, providing they made at least one deposit per calendar month and no withdrawals. The savings account is a very helpful one for young people, as it provides them with a “savings history” which will be of assistance when they are applying for a home loan. 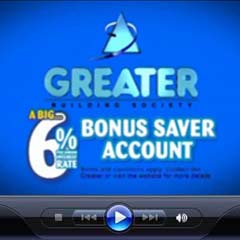 The TV campaign aimed at "twenty somethings" resulted in an increase of over 500% in Bonus Saver Account deposits – in just a few weeks!

Because the target audience was largely “Generation Y”, John’s challenge was to devise an advertising campaign which would cut through the clutter and talk directly to the “20-something” audience. And we all know, there’s one thing which we can guarantee is on the mind of every “20-something”, and that is the word “sex”.

Therefore, John created a TV and radio campaign, which featured a New Zealand female in the front seat of her boyfriend’s car, with her exclaiming, “I can’t stop thinking about sex”.

Really meaning “six”, but with a New Zealand accent the word comes out all wrong, of course!

Have a look at the commercial yourself and you will see that it was a very clever way of attracting this generation’s attention.

The result of the campaign was an instantaneous lift in Bonus Saver deposits, with the account growing by 500% in just a matter of weeks! (and we are talking about tens of millions of dollars!). An absolutely extraordinary result for the building society and once again proving that in order to make a difference, you have to be different!

In the second half of 2008 John was asked by his client, the Greater Building Society, to play the role of a nasty Bank Manager in a series of television commercials which he had conceived.
Click Here to find out more! 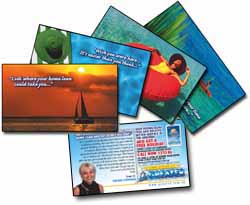 Click any advertisement for a PDF version of full brochure or full details of press ad (May take around 30 seconds for Broadband download.)