John came up with new innovative Bingo versions to capture the public’s imagination.

John virtually monopolised the newspaper Bingo promotional business throughout the first half of the ’90s, providing both major newspaper organisations, News Limited and Fairfax, with Bingo formats of all types.

The newspaper groups knew that Bingo was an extremely successful artificial stimulus to their circulation and kept asking John to come up with innovative new versions to capture the public’s imagination. (Obviously John only dealt with one organisation at any one time, but over the five year period, he was involved with both News Limited and Fairfax.) 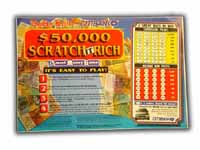 There were many different executions of the evergreen Bingo Game Format, with John inventing new themes on a regular basis. When the “scratch phenomenon” hit, newspapers understandably wanted to “jump on the bandwagon and therefore requested that John produce scratch versions of the popular Bingo format.

Whether the theme was “Summer Cash Bingo” or “Scratch It Rich Bingo”, John would always try to introduce some kind of new “wow Factor” to the game. But whatever the innovation was, it was designed to stimulate repetitive purchasing of the relevant newspaper.

Of course, the newspaper would launch the promotion with a free Bingo Card for every reader and then for the next 4 weeks, numbers would be published daily in the newspaper. Readers would need to purchase the paper repetitively in order to get their Bingo numbers to scratch (or mark off), with the Game Card’s clever design ensuring that most people were on the edge of their seats by mid-week of the weekly games, waiting for the elusive numbers to be published!

On each occasion of a Bingo promotion, the newspapers reported a circulation increase of between 6-9%, which are stunning circulation lifts in that industry. Throughout his association with the newspapers during this period, John constantly recommended that they consider letterbox distributing Game Cards to the entire city, therefore stimulating an even greater circulation lift through enticing many more consumers to purchase the newspaper.

However, the newspaper publishers declined to do this, citing costs as the major deterrent. Nonetheless, given the dramatic circulation increase that the Bingo games stimulated, John felt that the investment would have been a very worthwhile one.

There was no doubt in his mind that Bingo in any format was “an oldie, but a goldie!” John went on to create similar “repetitive patronage” concepts for television and radio networks throughout Australia and overseas.

The NINE network in Australia experienced world record viewer ratings increases as a result of his version of Bingo. See more details under Channel Nine and Radio Promotions on this website. 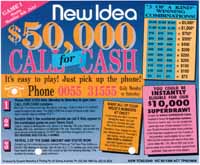 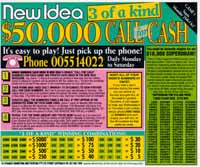 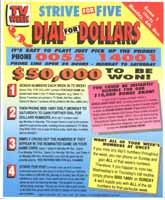 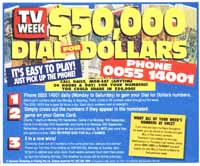 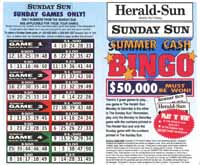 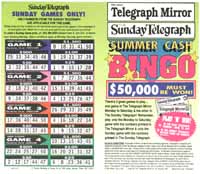