Newspapers – Terrors of the Wild

After the outstanding success of the “Attack of the Dinosaurs” Album and Stickers promotion for News Limited, John was asked to put together other similar concepts for the newspaper giant.

Recognising that the success of the Dinosaur concept was partly attributable to the fact that Dinosaurs were a subject on the school curriculum, John looked for ideas that were similarly linked to children’s primary or secondary studies.

He titled one concept “Mystery of the Galaxies”, which revolved around the planetary system in the universe, featuring space travel and information on the various planets. The other concept revolved around people’s fascination with wildlife, but featuring animals of the wild in a more dramatic and theatrical way than normal wildlife books.

Appreciating that “Attack” Of The Dinosaurs had enormously more appeal than a subtle title such as “Age” Of The Dinosaurs, John created the title “Terrors” Of The Wild for the same reasons. In other words, his version of the wildlife story was more a combination of Stephen Spielberg and Richard Attenborough, than the more stereotyped educational wildlife book. 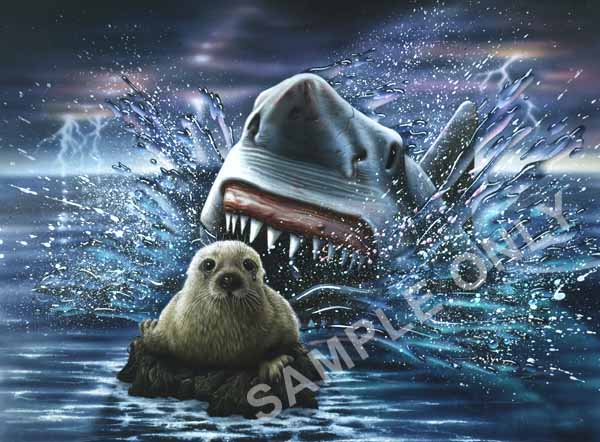 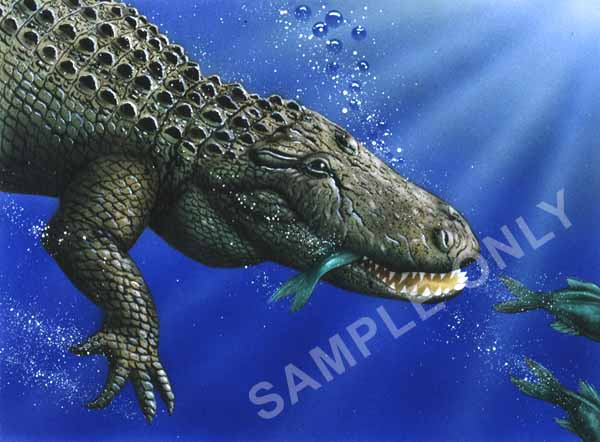 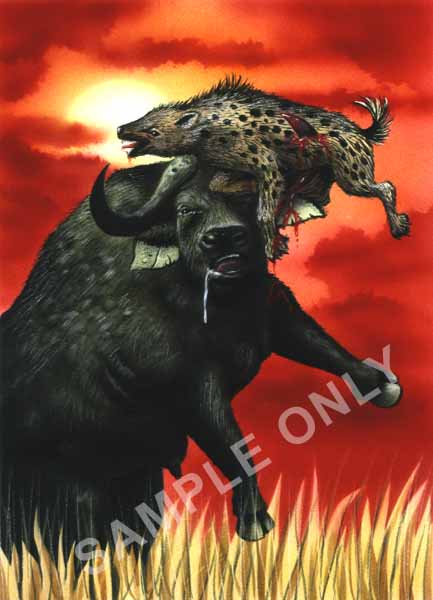 John pitched the “Terrors Of The Wild” concept to News Limited and the company was happy to proceed. He explained that wildlife was a very popular subject on all school curriculums and that the newspapers could use this to their advantage just as they did in the Dinosaur instance

He then engaged the services of Christer Erickson, the same illustrator who created most of his Dinosaur pictures, to develop a large range of wildlife creatures in dramatic settings.

As you will see from the pictures attached here, the images certainly have a large amount of “theatre”, with John’s mandatory ingredient of “Wow Factor” obviously entrenched in the project!

To compare this Album and Sticker collection concept to others before it would be like comparing chalk and cheese. Melbourne’s Herald-Sun newspaper had previously run a wildlife sticker collection (see graphics), which was mundane in comparison. It featured wildlife animals but in very passive poses and only “average quality” artwork. Likewise, Sydney’s Telegraph Mirror and Sunday Telegraph had previously run an “Endangered Species” lenticular card (moving images cards), with mixed results, again featuring the more predictable static images of wildlife animals.

John’s “Terrors Of The Wild” concept was a stark comparison to those before it, as it “entertained” and “shocked”, at the same time as “educating”. The wildlife illustrations by Christer Erickson were absolutely exquisite to say the least and featured wildlife animals in realistic hunting modes.

In short, John magnified the term “wild” in wildlife – and for good reason. He knew that unless such an Album and Stickers collection was different,it would become just another passive educational series that frankly, most children had seen a hundred times before.

John’s wildlife graphics depicted wildlife in its predator state, which after all, is what most wildlife considers part of their everyday existence. 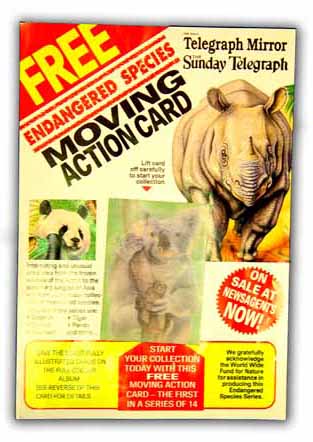 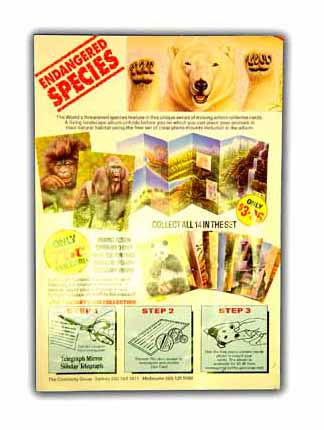 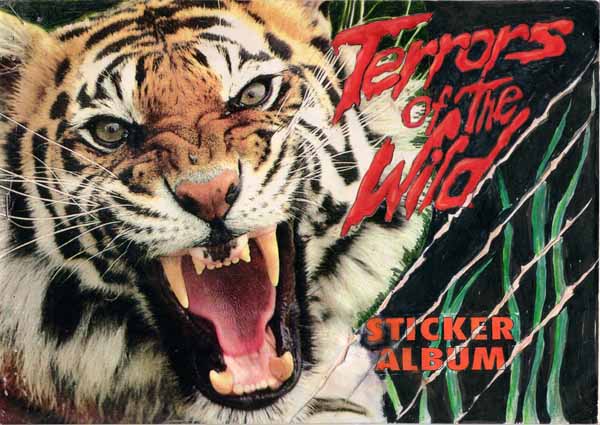 Mock-up of the 'Terrors of the Wild' album.

Unfortunately, News Limited had a change of Marketing management just prior to John producing stock for newsagency distribution and the promotion was “put on ice”. New management adopted other more urgent priorities and decided not to run with the promotion at that time. Therefore, John moved onto other projects.

However, the concept is still “alive and well”, sitting on the shelf ready for a fast food chain, newspaper group, educational publications or any other business interested in stimulating repetitive trade from families with children. 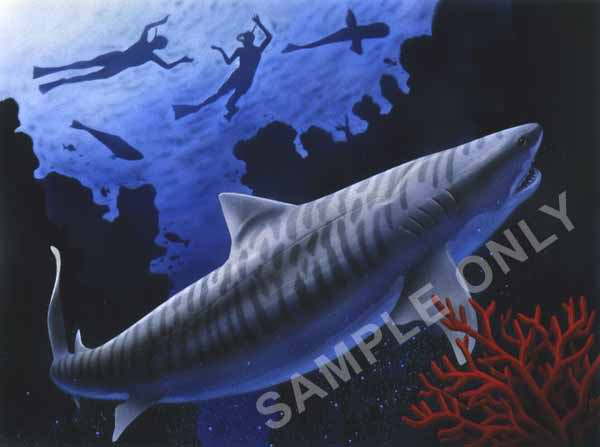 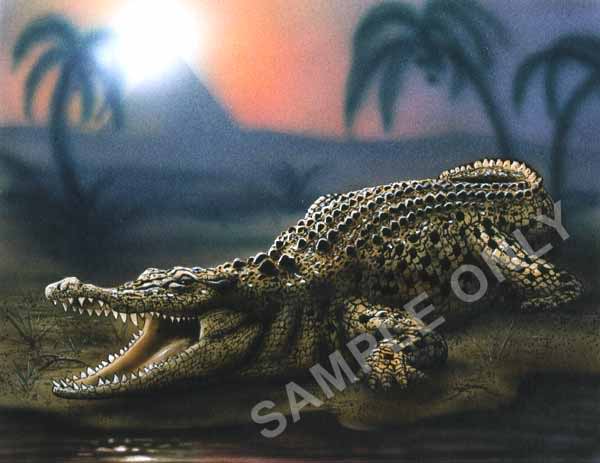 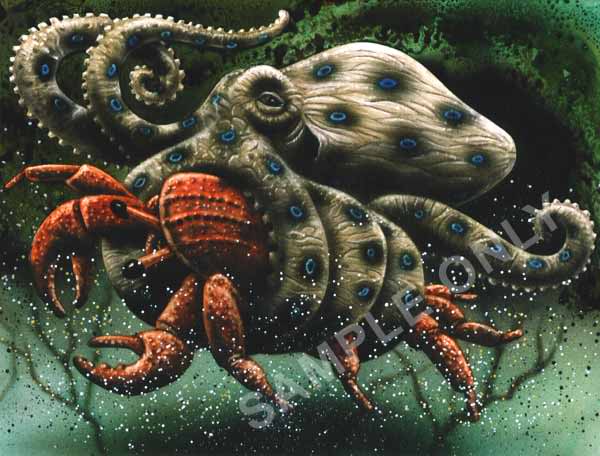 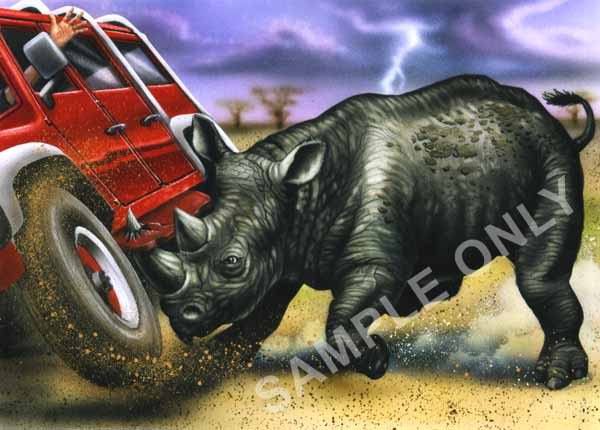 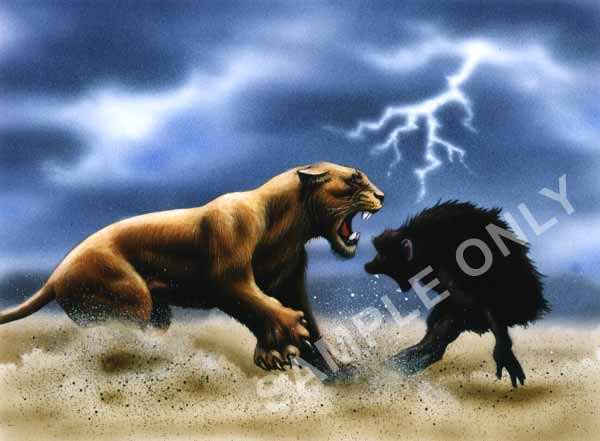