Throughout John’s childhood years, he recalls collecting Rugby League Swap Cards produced by confectionary company, Scanlons Bubble Gum. Indeed, like many other adults, he knew he had a couple of shoeboxes probably still at his parents home, containing cards of his hero’s, the likes of Reg Gasnier, Johnny Raper and John Sattler.

However, the year is 1993 and times have changed. Scanlons Bubble Gum no longer has the license to produce Rugby League Footy Cards and the license is up for grabs.

Although he had not produced a trading card retail product before, John had produced many similar premiums such as pop-up cards, stickers, glow in the dark magnets and various other collectable series for fast food chains, convenience store chains such as 7-Eleven and newspapers. 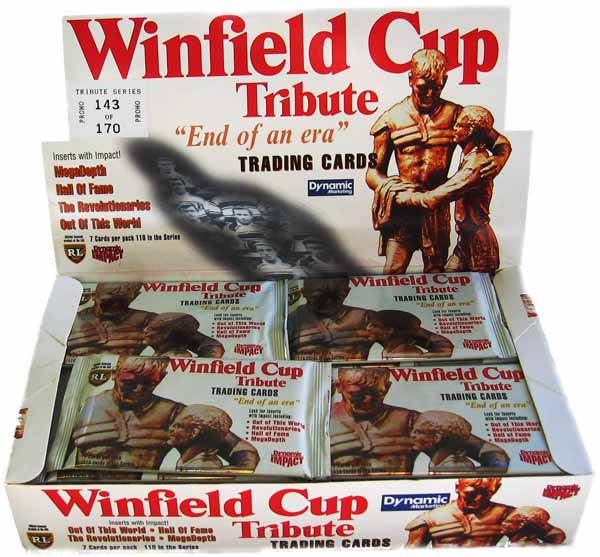 He therefore pitched for the license and despite being up against five worthy competitive businesses, won the license to produce the Rugby League Footy Cards for 1993 and beyond. (Rugby League at that time was under the management of the ARL).

The Australian Rugby League licensing program was certainly in for a shock as 1993 saw John’s trading card series astound all concerned, with sales increasing a massive 6-fold from the previous year, when the cards were produced by a confectionary company.

The sales success of John’s Rugby League Trading Cards was so stunning, that the trading card category leapt from its 1992 position of 17th highest in royalty payments (out of about 60 licensees) to the number 1 position in 1993!

In other words, in the space of just one season, the trading card product had leap-frogged to the most valuable licensed product in world of Rugby League. 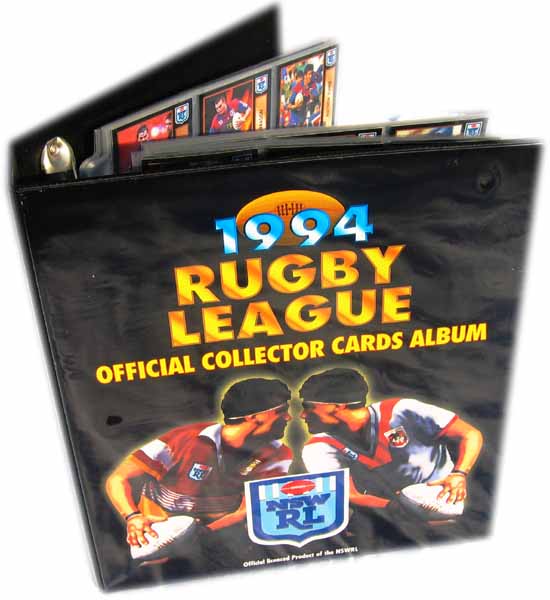 After securing the trading card license, John immediately went about giving more “grunt” and “masculinity” to the design of the cards. No more would there be static photographs of the players sitting against a dressing room wall. The children of 1993 were about to be treated with spectacular card designs, showcasing their heroes in the most athletic and artistic form.

Instead of sitting in front of brick walls, the hero’s of 1993 were “bursting through them”!! There were special themed sub-sets such as Gladiators, Speedsters and Sinners, adding the spice to the collection that teenage boys had been looking for!

And instead of simply producing one series at the beginning of the season and letting stocks sit in newsagents for the full year, John mirrored the US example and provided only limited quantities of Series 1, keeping collectors hungry for Series 2 and finally, Series 3 at the end of the season.

Hence, he had 3 releases in the season, compared to previous manufacturers who produced only one.

As far as the marketing of the cards was concerned, John realised that Rugby League sold newspapers – and therefore he figured that newspapers could also then sell a Rugby League themed product.

He subsequently approached Sydney’s Sunday Telegraph and Brisbane’s Sunday Mail and offered 1.4 million footy cards as a free insertion into their Sunday publication. The News Limited papers gladly accepted and as a result, John gained massive sampling of his cards, as well as about $300,000 worth of free publicity!

The free giveaway of the Collector Cards was featured as a major promotional giveaway in the newspaper’s television advertisements prior to the weekend and the giveaway was the headline on the front page of both papers. Distribution of the cards was predominantly through newsagents in New South Wales and Queensland. 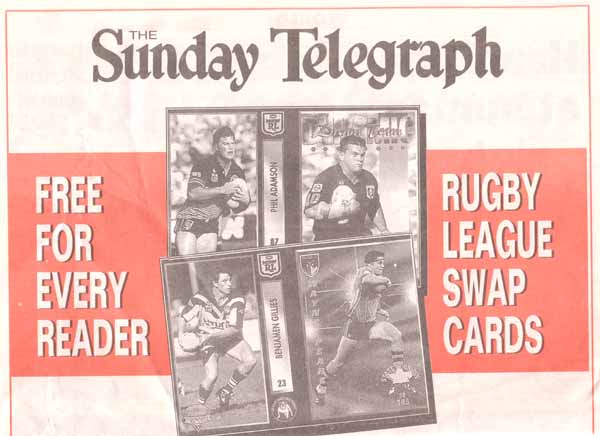 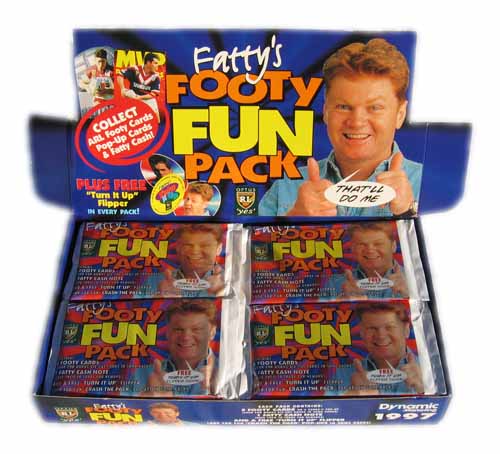 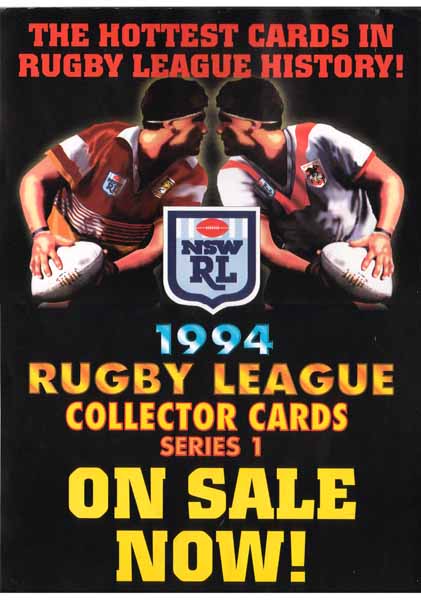 The result of improving the product, combined with the massive publicity generated by the newspaper Click to Enlargeinsertions and media interviews, was that sales figures for the 1993 cards were a stunning 3.5 million packs.

The collection of these “limited edition series” of Footy Trading Cards became a feeding frenzy, with children even taking out Classified advertisements in newspapers, looking for the elusive one or two cards to complete their collection.

Additionally, Collector Card shops and kiosks started popping up in Westfield Shoppingtowns and various city locations, providing enthusiasts with a place where they could trade their “doubles” for cards they desired.

The whole Rugby League Trading Card phenomenon became big news, with radio and television stations regularly running stories on the pandemonium being caused in school playgrounds and at bus-stops.

John continued to produce and market the cards in a similar fashion through till the beginning of the 1995 season, when he sold the business to a consortium of investors. 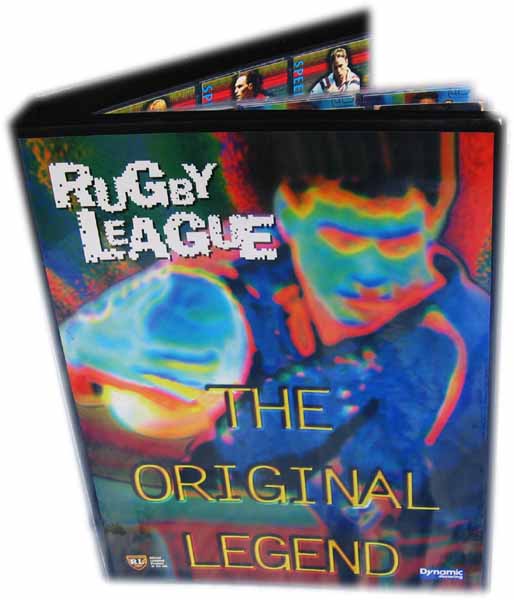 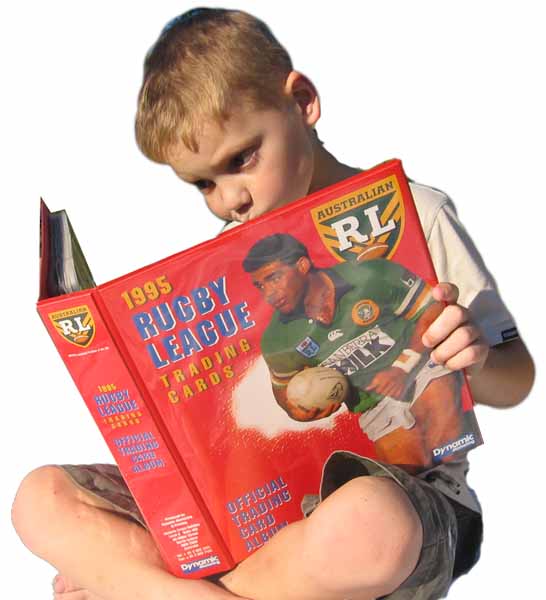 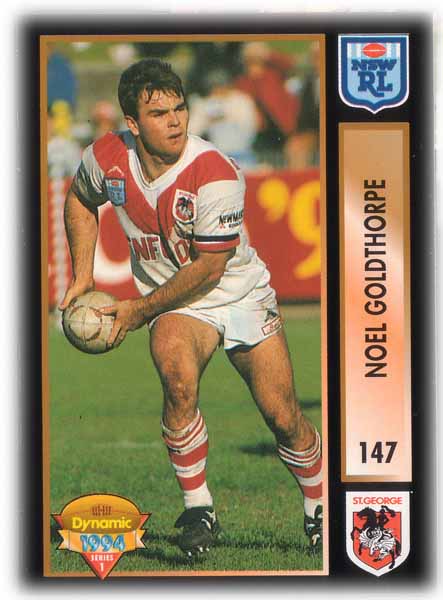 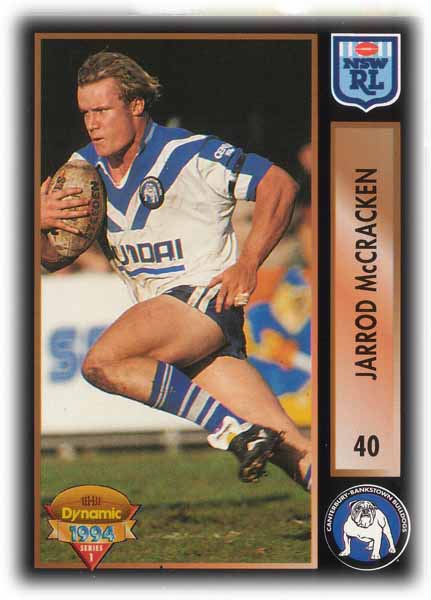 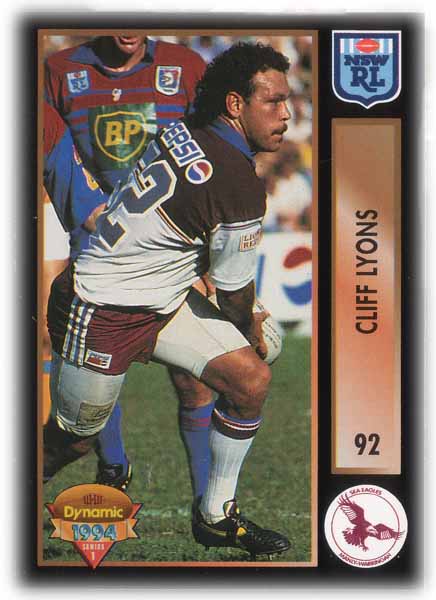 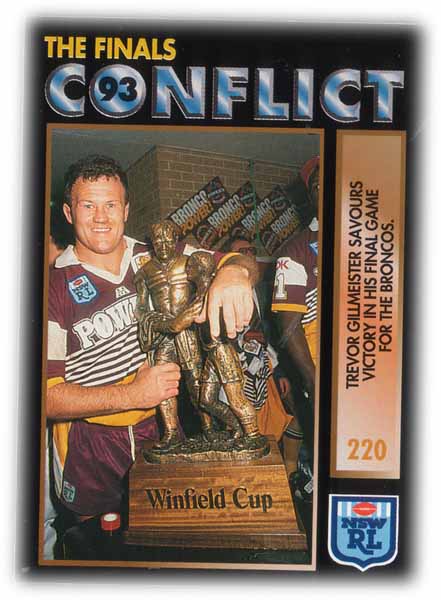 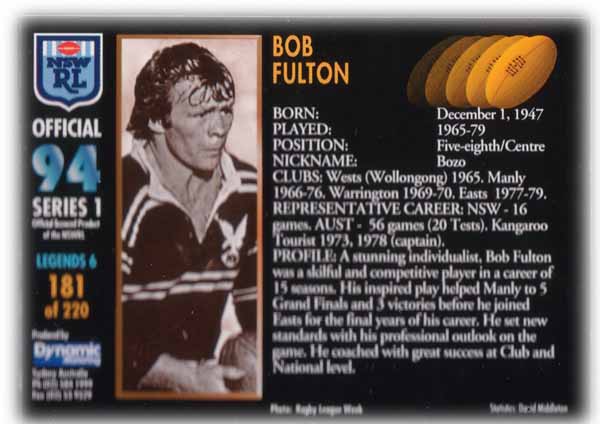 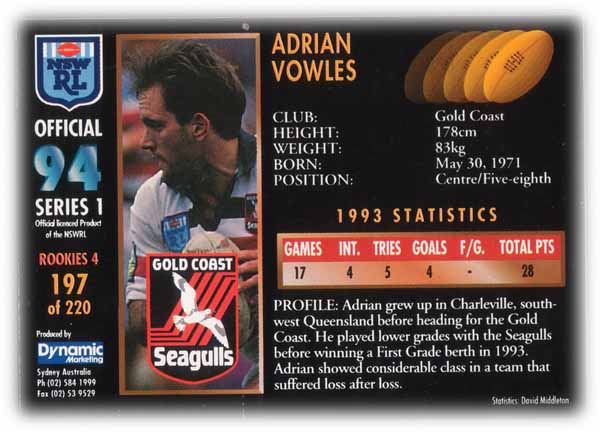 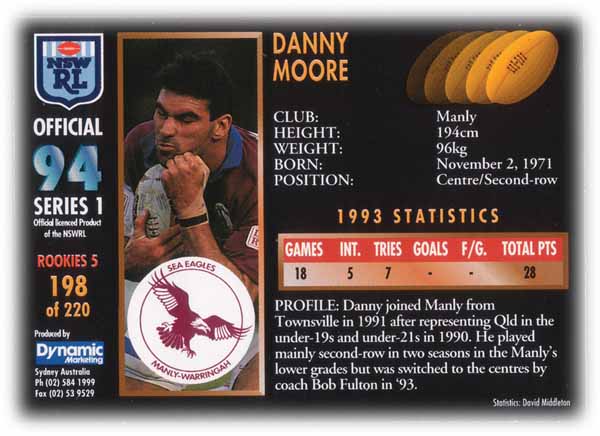 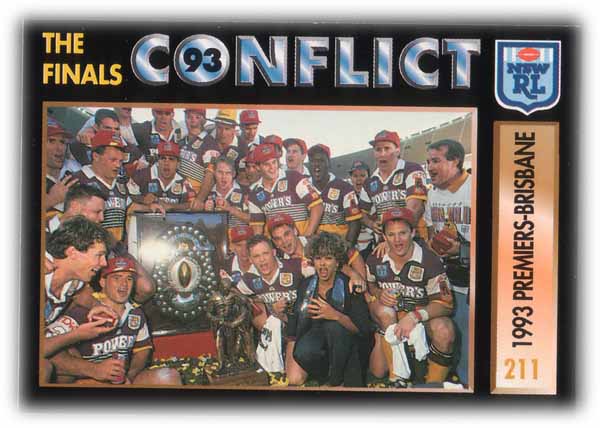 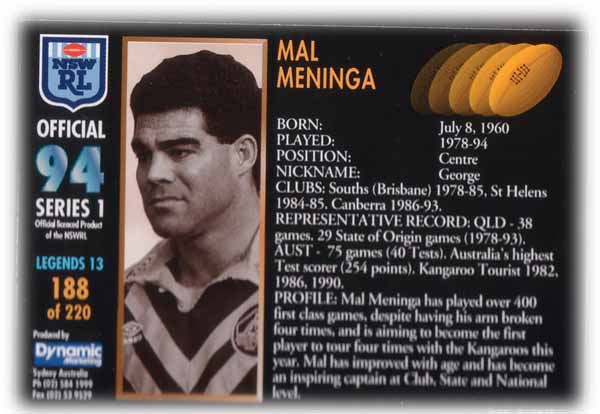 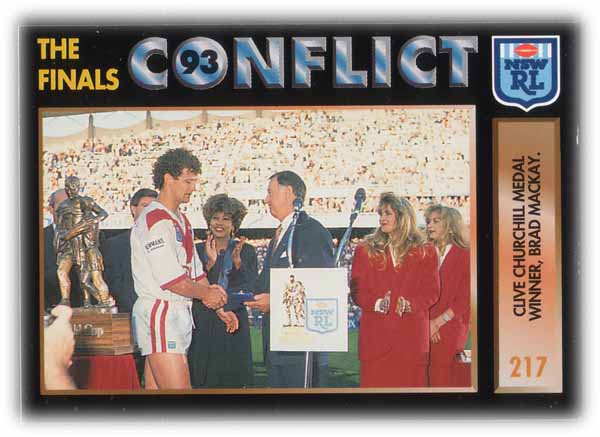 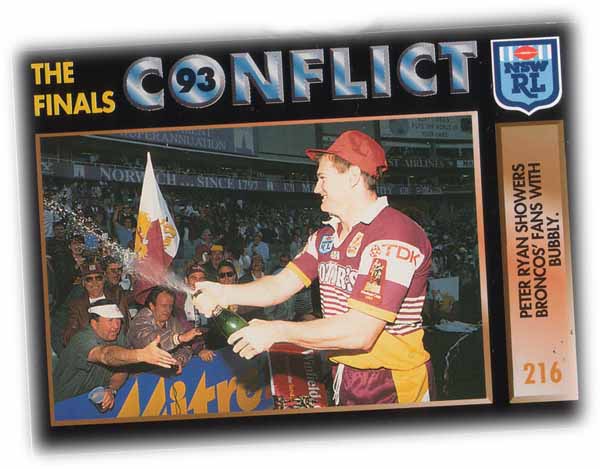