During the ‘90’s and John’s foray into producing Shopping Centre Promotional Concepts, he was asked by a number of US Shopping Centre companies to provide ideas and promotional formats, to stimulate repetitive trade.

Therefore, he formed a liaison with a representative in Los Angeles and created an office to service US Shopping Centre and Retail clients. His successful Shopping Centre Scratch-Game formats were the most sought-after promotional concepts by US Shopping Malls and therefore, he marketed these via Direct Mail campaigns on both the East and West Coast of the US: 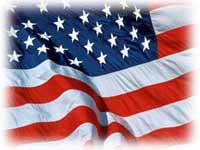 In particular, John’s “Search for Dollars” concept was an outstanding success wherever it was launched – and this quickly became a very popular concept for US Centres.

“Search For Dollars” was a Scratch-based currency note concept, which was based on Customers receiving a facsimile of a monetary note each time they made a purchase. A scratch panel hid the value of the note and when rubbed, the shopper would reveal anything from $4 to $500. It was the luck of the draw.

The object was for the Customer to save exactly the money required to buy a Showcase prize. The Showcase prizes were normally displayed at the centre-stage area of the Mall, with items such as whitegoods, furniture and motorcars having specific pricetags.

John targetted large regional Malls from a US database of Shopping Centres he purchased – and regularly used Direct Mail to forward information about his promotions. 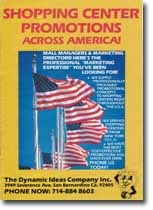 The result was that over a period of 2 years, John serviced nearly 50 US Shopping Centres with various Shopping Centre marketing concepts, the majority of them being Scratch-Ticket based.

Shopping Malls from New York to San Bernardino in Los Angeles, booked promotional concepts from John and it was only when he decided to concentrate on other industries such as Television and Radio in Australia, that he ceased providing US clients with such concepts.